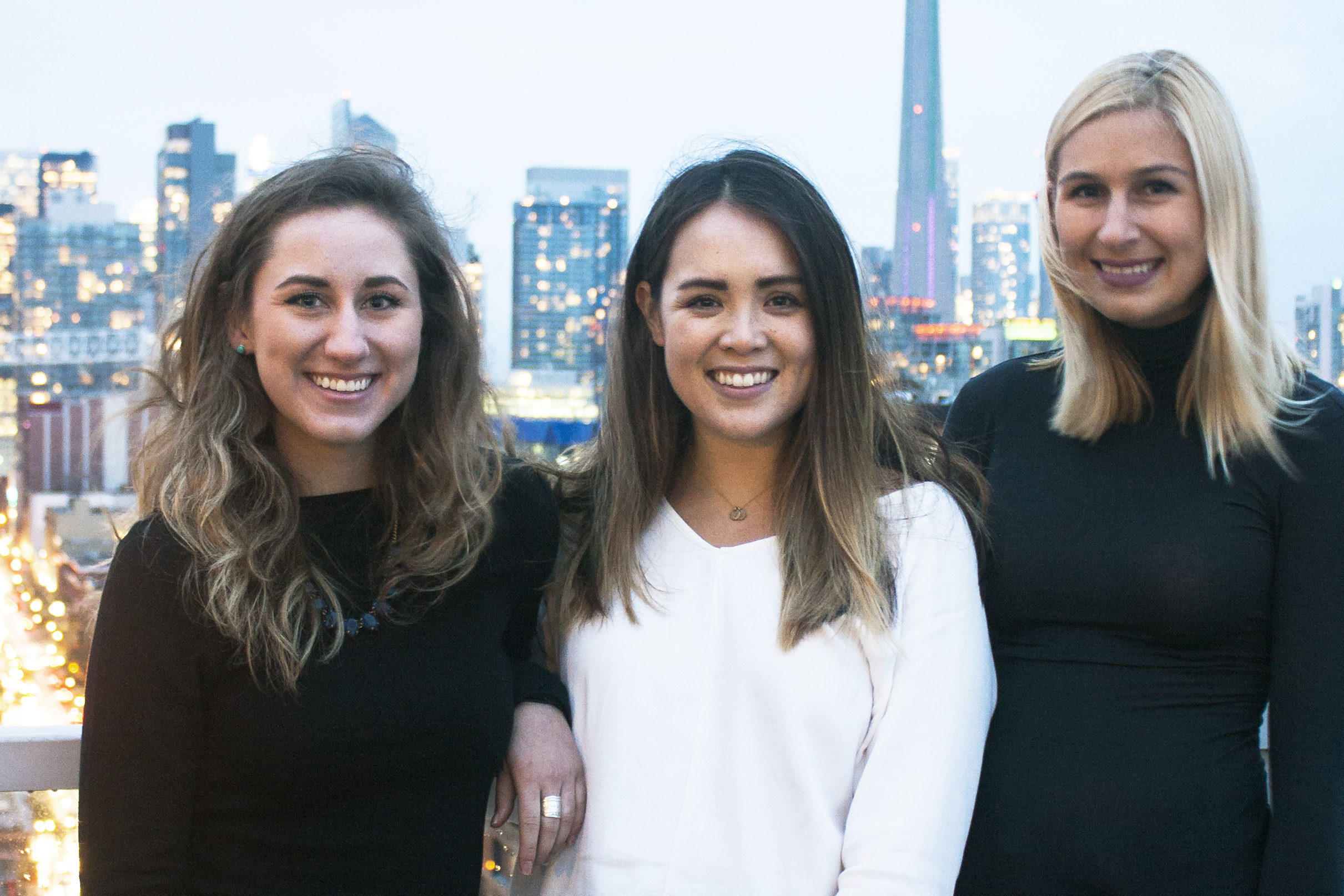 We asked Jacie deHoop about the GIST and how it got started. Here's what she had to say:

How did you come up with your idea for the GIST?

The three of us were catching up on a Tuesday night over take-out and wine at Roslyn's apartment. Ellen, a super avid sports fan, was filling us in on the previous night's Toronto Maple Leafs win and why the win was such a big deal. Roslyn and I, as more casual fans, were struck by how when Ellen was talking sports with us that we were so much more interested and engaged in the conversation in comparison to when we read, listened to or watched traditional sports outlets. We knew this was because sports content today is largely created by men, for men and the avid sports fan ‰ÛÓ a female voice and perspective just didn‰Ûªt seem to exist in the male-dominated industry. After a few glasses of wine that night we opened a Google doc, started writing down out of all our ideas and little did we know that The GIST was born.

What is the GIST?

The GIST is a sports platform that is for women and by women. We connect and empower our community by creating sports content, experiences and community for women. Our core offering is our free twice-weekly newsletter that gives you the gist of what's going on in the sports world in less than five minutes. You can join our growing girl gang by subscribing here. And, for daily updates, you can follow us on Instagram (@thegistnews.ca) and Twitter (@thegistnewsca)

How did you meet your co-founders?

The three of us have been friends since our undergrad at the Smith School of Business at Queen's University. After graduating in 2014, we moved to Toronto and began working in different areas of financial services, myself in consulting, Roslyn in accounting and Ellen in insurance. It was in these corporate roles, where people often connect through sports, that we initially felt the problem of being left out of the sports conversation and community, which sparked the idea for The GIST.

What did you look for in your Co-founders?

We were really lucky that it happened to be the three of us there that night when we came up with the idea because we were long-time friends that also worked well together, which provided an initial foundation of trust and mutual respect. From our undergrad, we knew each of us was driven, hard-working and that we had complementary skill sets. A few of the key traits that we all looked for and saw in each other is incredible passion, commitment, integrity and a team-first mentality (we actually all played soccer together at school!).

How did you get started?

After we came up with the initial idea for The GIST, we blocked off every Sunday (as we were still working our full-time jobs) to get together and work towards launching. We did this for 10 months, and in hindsight, those Sundays allowed us to get a feel for working together and to gauge each others level of commitment.

We soft-launched The GIST  in November 2017 with a huge party and from there continued to commit our Sundays, and many nights after work that we could, to work on The GIST.

A few months after launch we heard about the Digital News Innovation Challenge hosted by the Facebook Journalism Project and the DMZ a 5-month incubator which provided $100K in non-dilutive funding, a $50K Facebook ad coupon, mentors, office-space and programming. We, of course, put a lot into the application and pitch as we knew it was a once in a lifetime opportunity. In April 2018, we learned that we were one of five teams across Canada that were accepted. Being accepted into that program was really the catalyst for all three of us to quit our jobs to pursue The GIST full-time.

What advice do you have for other women who have a start-up idea or side project idea?

Starting your own business and putting yourself out there can be difficult and feel extremely personal. Sometimes you'll have feelings of doubt (imposter syndrome is real), disappointment or nervousness, but always keep in mind that those feelings are normal. You're challenging yourself, you're growing and you're learning, and there's nothing better than that. You are going to feel out of your comfort zone a lot and that's a good thing! Stay focused, be gritty and most importantly, have fun!